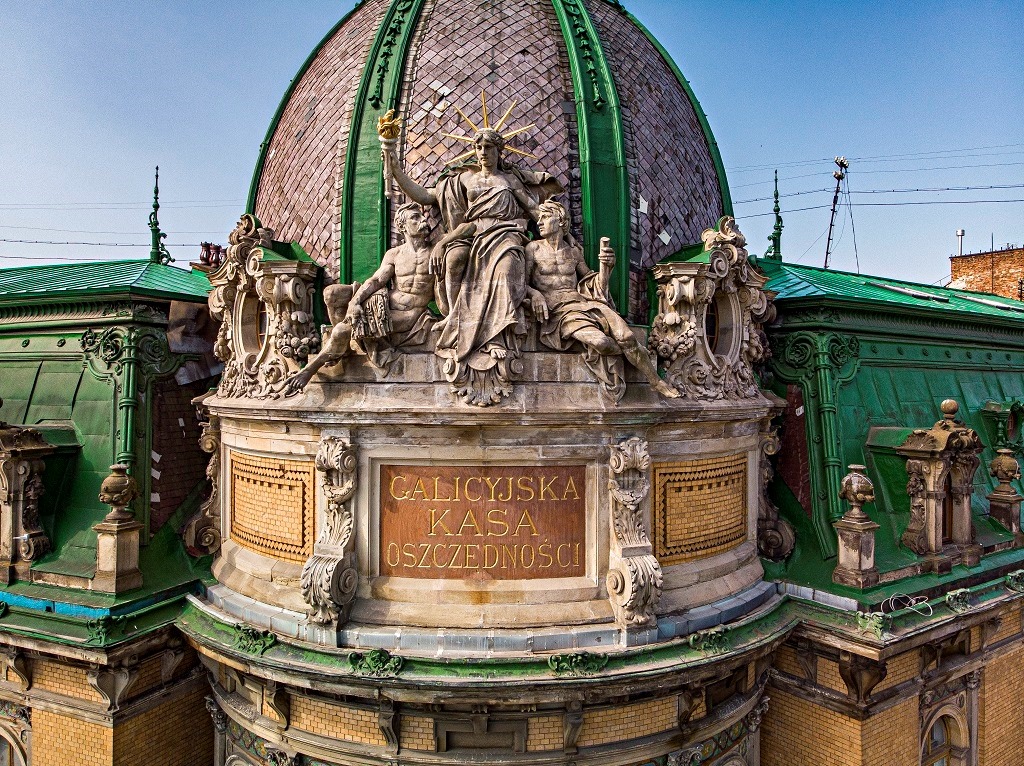 Lviv is commonly known as the cultural capital of Ukraine, and it is the city in which I live. I love this city, and even though I travel all over the world, I’m always happy to be home. In fact, Cody loved this city so much he was the one who chose to move here after our time in China. That’s why I’m hoping these beautiful photos of Lviv inspire you to visit this charming city some day.

I have plenty of travel guides about this city, like finding the best cocktail bars or taking a day trip to nearby castles. However here I just want to show you beautiful pictures of places you can see just walking around Lviv. This album article will continually be updated since I’m always taking pictures around town.

Drone picture of Ratusha, the town hall of Lviv located in the center of Rynok square.

Drone picture of the monument to Stepan Bandera, one of the most controversial people in Ukraine. This statue is located next to Sts. Olha & Elizabeth Church.

Drone picture of St. George’s Cathedral, a Greek Catholic cathedral that was built in the 18th century.

Drone picture of Sts. Olha & Elizabeth Church with the Lviv train station in the background.

Close up picture of the roof details on the Museum of Ethnography And Crafts, located on Svobody Avenue.

View from the top of Ratusha.

The Lviv Theater of Opera and Ballet at night. Located at the top of Svobody Avenue.

Colorful buildings in the north-east of Rynok square.

The Museum of Ethnography in Lviv. The view from Ratusha.

Get a Coffee Brulee in the underground caves beneath Lviv Coffee Manufacture (Lviv Coffee Mines).

View of Potocki Palace from the back. Built for the Polish noble Potocki family in the French classicism style-1880.

Double staircase in the Museum of Ethnography and Crafts.

Glass museum, located on the north-east corner of Rynok square.

Read more: A Day Trip From Lviv To Zhovkva

The beautiful lItalian courtyard, originally built by a Greek merchant in the 16th century, it was later owned by the King of Poland, Jan III Sobieski.

Inside the Beer Museum, “Lvivarnya”.

Inside the Lviv Opera House.

While these pictures have hopefully inspired you to come visit one of my favorite cities in the world, I have plenty more information for tourists and locals alike. Some very useful articles include:

Lviv City Card: Is It Worth The Money?

Take The Train From Kyiv To Lviv (and vice versa)

If anyone would like to use any of the photos in this beautiful photos of Lviv article for your own blog you can do so absolutely free of charge. I only request that you give credit in the form of a link back to this article, or JetSetTogether.com

20 Things To Do In Lviv, Ukraine

Lviv is not only the cultural capital of Ukraine, AND one of the most beautiful…